Spring Bank Holiday Monday is the traditional day for the running of the Ropley Pram Race. 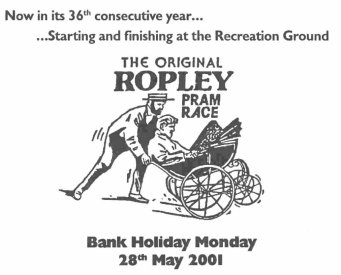 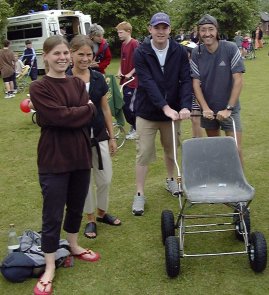 Yes lads, one has to sit in the pram (and not fall out)

The second pram was Harriet's, teamed by Harriet and Rosie, who were early to get their spot on the start line, but refused to look at the camera. 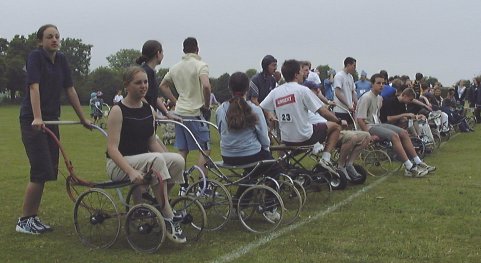 But team tactics are important... 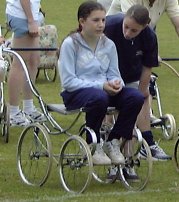 ... even if Malcolm just wants it to be over. 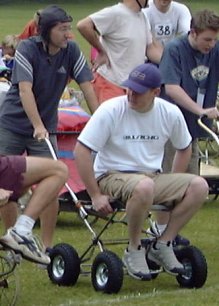 At last, they're off!

Followed a minute later by the under-10s

Less than 13 minutes later the leaders storm up Vicarage Hill 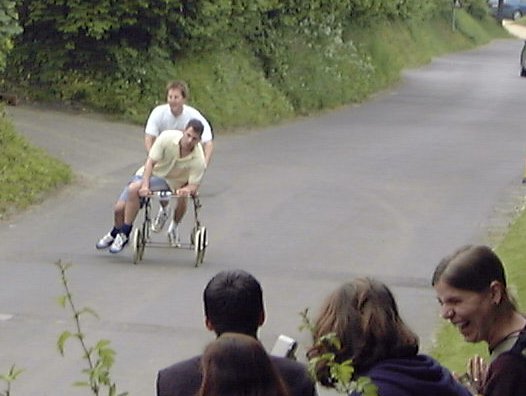 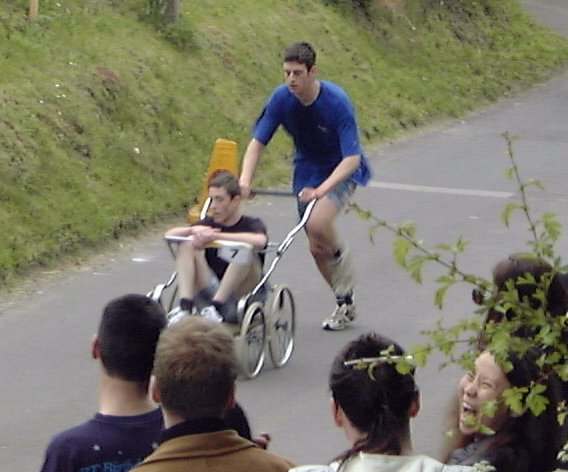 And in a magnificent third place, Damien and Malcolm, cheered on by their supporters. 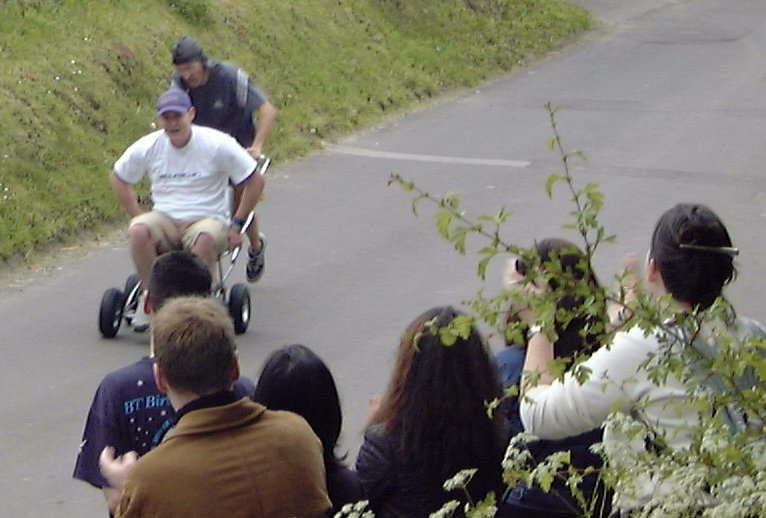 After that push, Malcolm was ready to die (ambulance waiting, Malc!) 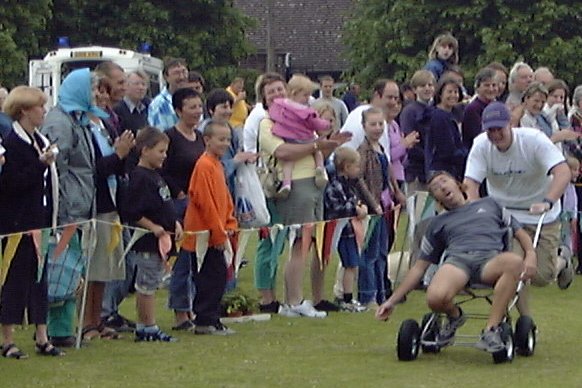 Rosie and Harriet were not far behind, the second under-16 girls (sadly not a prize category, but an excellent result) 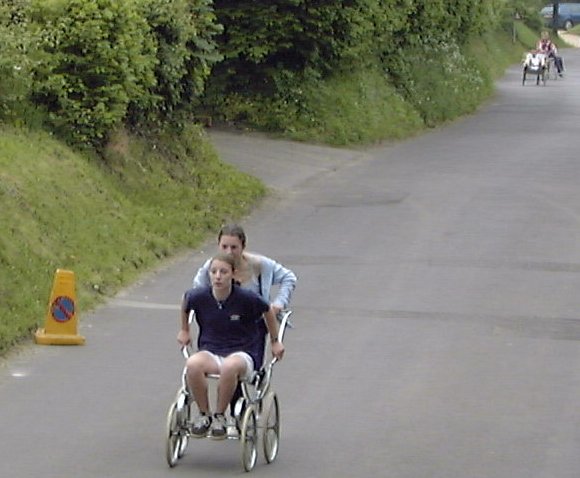 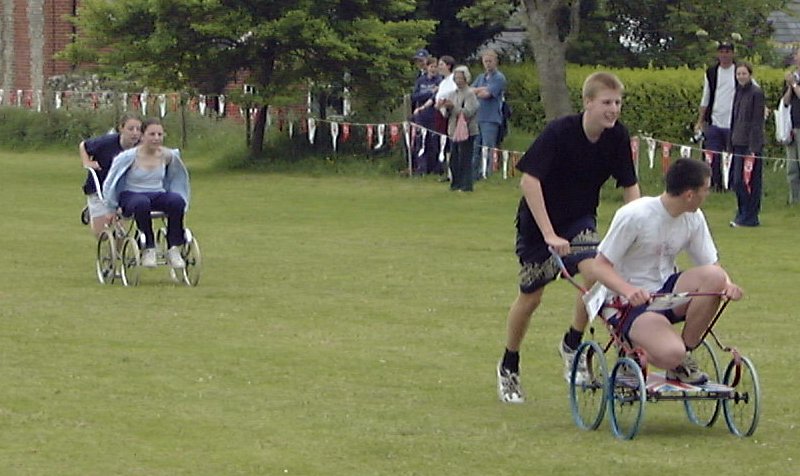 Damien and Malcolm receive their prize from Grace and Tim Day 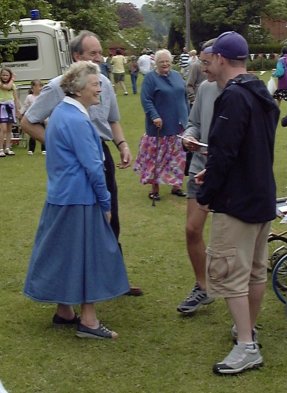